(originally appeared in the Milwaukee edition of The Onion’s AV Club section, 2011)

The Harlem Globetrotters have been entertaining audiences with their skillful basketball antics (set to the whistling tune of “Sweet Georgia Brown”) for over 80 years. They’ve dominated their long-suffering rivals, the Washington Generals, over and over. Multiple exhibition teams travel and often play more than 365 games annually around the world. Along the way they’ve sometimes jumped the shark, but have also acted as goodwill ambassadors. Throughout the 1950s the team visited places like Berlin and Buenos Aires offering a positive, basketball spinning image of America. Here are five moments in Globetrotter history that are even more incredible than “Curly” Neal’s dribbling skills.

1950- The Globetrotters smash the color barrier

In 1948 the all black Globetrotters took on the all-white Minneapolis Lakers in an exhibition game. Many believed the showboating ‘trotters would be soundly defeated by the professional Lakers and there was also fear of race riots. But what transpired was simply a well-played basketball game. Globetrotter Ermer Robinson won the game with an exciting buzzer shot for a final score of 61-59. In a 1949 rematch the Globetrotters were again victorious over the Lakers and the exciting games led to a change in professional basketball. Globetrotter Nathaniel “Sweetwater” Clifton was the first African American to sign a contract with a NBA team- the Knicks- in 1950.

Despite their namesake, the Harlem Globetrotters called the Chicago area home for decades. They currently have headquarters in Phoenix, Arizona and have never been based in Harlem. The “Harlem” name was added as a bit of show business. Globetrotters manager Abe Saperstein thought it would sound more novel if the team name reflected the center of African American culture and in 1929 he began to tour the Midwest with the “New York Harlem Globetrotters.” It took over four decades before the team’s globetrotting led them to play a 1968 “home” game in Harlem.

In the 1970s and 80s Trotter-mania hit TV Land. Hanna-Barbera created a cartoon version of the team that teamed up with Scooby Doo and the gang to solve mysteries. They were also given a couple of short lived cartoon shows (Harlem Globetrotters and later The Super Globetrotters) of their own. They made a live action appearance playing a pickup game aboard the Love Boat, and in their most strangely scripted adventure, the team co-starred in the 1981 made-for- \TV movie The Harlem Globetrotters on Gilligan’s Island.

That movie starts with the Globetrotters crash landing and meeting the castaways, who now run an island resort together. A corporate raider wants the island for himself and makes a bet with the castaways that his robots can play better ball than the famous basketball players. Fortunately, the illogical Globetrotter style outwits the robot programming and saves the day.

A common myth is that the Globetrotters are unbeatable and undefeated. Globetrotter losses are few and far between- but they have happened. The Washington Generals have won about six games against the Globetrotters, although this might not be a huge morale boost as they’ve also lost over 13,000 games against them. In 1995 the Globetrotters played basketball legend and former Milwaukee Bucks player Kareem Abdul-Jabbar’s All-Star Team in Vienna and lost by six points, their only loss in an 11 game European tour and their first loss in 8,829 games. Their next loss was to Michigan State five years later during a college tour.

Although he wasn’t known for spinning a basketball on his fingertip, Pope John Paul II became a member of an elite group- the honorary Harlem Globetrotters-in a 2000 ceremony in Vatican City. Induction of an honorary member is rare, only 8 so far, and their assembled line up would be a baffling sight on a basketball court.

Besides the Pope, the other members of the honoree roster are: Henry Kissinger, Bob Hope, Kareem Abdul-Jabbar, Whoopi Goldberg, Nelson Mandela, Jackie Joyner-Kersee, and Jesse Jackson. Bill Cosby and Magic Johnson also are on the team- they were both signed with one dollar a year lifetime Globetrotter contracts. -Tea Krulos 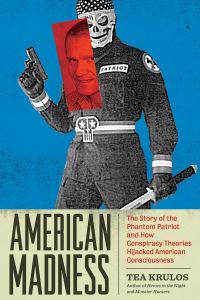