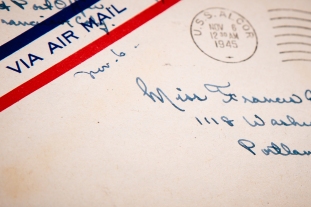 In the spring of 2013 I spent a few months living down in Florida. Long story. I lived in the small town of Arcadia. Downtown Arcadia has a few antique stores, a pretty great diner, a bank, and a small town newspaper (The Arcadian) office with a mural painted on the side of the building, celebrating Arcadia’s tradition of rodeos.

One day I joined a friend in checking out an antique store housed on the second floor of the former Arcadia Opera House, built in 1906. I’m not passionate about antiquing, but after walking up the stairs and taking a quick look around, I could sense something magical about the place. I saw an old Zoltar fortune teller machine next to a pile of junk in a corner. Zoltar was staring ahead blankly, his hand hovering over his crystal ball. The proprietor of the shop was showing a potential customer a dented silver trombone. He honked a few notes on it, to prove it still worked. I wandered around the aisles where I spotted a framed Gone with the Wind movie poster, old comic books, and a display case filled with antique knives.

Then I spotted something out of the corner of my eye on a shelf next to an Art Deco lamp. It was a bundle of letters, neatly tied together with string. “Love Letters—Fran and Cliff,” read the tag, “$40.” When the store owner was done with his trombone demonstration, I asked him about the letters. He told me he had taken over the business from someone else and was unsure how they had arrived at the store, but he had perused them in his spare time. He said the letters were all written in the year 1945, by a man named Clifford Pierce, stationed with the Navy in the Pacific theater of World War II.

“Cliff is pretty worried, because Frances doesn’t want to get engaged until after the war,” the store owner told me. I thought the bundle of love letters were interesting, but continued to wander the store. I thought it best to be frugal and buy an old comic book for $2 instead.

The next couple of days I had a problem—I couldn’t stop thinking about the letters. 29 letters, dated January 8- November 22, 1945, neatly tied in a tight bundle with white string. My mind perfectly visualized the small solid brick of paper. Each had a coral pink and red 6 cent Transport air mail stamp adhered to the upper right corner. These were stamped with black squiggly lines next to a black circle noting the date, time, and the words “U.S. Navy” around the perimeter. The return address of the Fleet Post Office and the addressee, Miss Frances Sholes of Washington Avenue in Portland, Maine, hammered out by a typewriter or handwritten in Cliff’s neat cursive handwriting. Each letter was also stamped with a red circle that read “Passed by Naval Censor.” What was written in those letters?

Days later, I walked up the creaking wooden steps of the Arcadia Opera House, inhaling the dusty air. I had returned.

In 1945 Cliff is a man in love and working hard to convey this through flowery letters to his sweetheart, Frances, who he describes as “a redhead with a cute nose.” They are both from Portland, Maine, but Cliff is a long way from home. He is stationed on the USS Alcor, a ship that provides maintenance for warships and destroyers.

According to Wikipedia, the Alcor first headed from the east coast through the Panama Canal to Pearl Harbor. From there, it headed to the Philippines. Cliff’s mail comes in and out through the Fleet Post Office in San Francisco. Mail delivery to the Alcor is frustratingly slow, and Cliff often notes this in his letters. When he does get a letter from Frances, it is a ray of light for him in the madness of war.

“Received another letter today,” he wrote in the first letter of the stack, dated January 8, 1945. “They’re the only things that keep me going. I hope this one gets off before we leave and I won’t miss a day while we’re out. It was a twelve page letter that I got today and I loved every word of it.”

Cliff’s letters don’t offer much in the way of juicy details of life in war, as most of this wouldn’t pass the Navy censors. Still, we get an interesting detail on occasion. He often talks about what films they watch at night on the deck of the ship, quotes from popular songs of the day, and shares non-sensitive info about life in the Navy.

“Someone brought a monkey aboard today. As soon as the Captain hears about it, it will leave as fast as it came,” he writes to Frances on July 2. Cliff mostly fills his pages with an outpouring of sweet talk and at times desperation.

“Are you saving all that loving for me, Hon?” He wrote in his January 8 letter. “I think you are but I just thought I’d ask. Every time I think of how nice a time we could have had, I could shout. I love you Hon and as you know by now, want to marry you. If you’ll have me.” In subsequent letters he asks if she “still only has eyes for me? I hope so.” He also is concerned that she is dancing with other men at “the Center,” which he refers to often. This is where the couple met, apparently a community center where people could dance and play bingo.

Part of my attraction to the letters is that I just love reading and trying to comprehend different styles of language. Cliff lays on the romance in his letters to a degree that might seem comical today. He refers to Fran in almost every sentence as “Darling,” sometimes switching it up with “Sweet” and “Hon.” The most common topic in his letters is talking about how he wants to marry her and how happy they will be when that day at long last arrives and she will be “Mrs. C.W. Pierce.”

“You’re still going to let me put that ring on your finger when the time comes, Darling, aren’t you?” He asks her on April 22. “I like to have you say yes outright. How about it, Hon? The ship alongside is showing ‘Since you Went Away.’ Remember we saw it together, Darling? That was the night you cried. You never did tell me what about. Hon, I love you so much life wouldn’t be worth much if you weren’t waiting for me. We’ll be happy, Darling, always.”

Months go by. In every letter he is sure to tell her how “lonesome” he is without her and how greatly he misses her. “When I hit the sack at night I can look out the port and see the lights of the other ships at anchor and I wonder what you’re doing 2,000 miles away,” Cliff writes in a letter dated November 8.

Imagine that. 1945, the year the bombs are dropped on Hiroshima and Nagasaki. Cliff and Fran’s only connection is the wartime postal service and an occasional phone call when Cliff gets shore leave. The letters traveled from Cliff’s cramped quarters on the USS Alcor somewhere in the Philippines to the Fleet Post Office in San Francisco, past the Naval censor, forward to Fran in Portland, Maine, where they are patiently archived away, perhaps in a drawer or box. Then, in an unknown storyline, the letters end up in Florida and somehow make their way to the Arcadia Opera House.

Cliff implies in his letters that he writes every single night, yet all that remain are these scattered 29 selections. And now here they are, stacked on top of my desk in Milwaukee, where I am slowly unfolding them and squinting carefully at Cliff’s blotchy cursive. As I got to the bottom of the stack, reading through letters of hopes and dreams and fears, I got to some good news. Cliff is going home for the holidays. 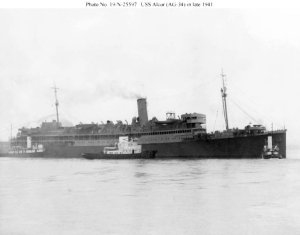 “I’m leaving here Friday for the states,” he wrote Frances on November 19. “Surprised you, didn’t I Darling? I think it will be safe to plan on my being there with you for X-mas. It will be the happiest one I believe I’ll ever have for some time. Happy now, Sweet? I hope so Darling, that’s going to be my life ambition. I love you ever so much, honey. I’ll want some of that loving, honey. It’s been eleven long months.”

After reading the last letter, my curiosity was once again piqued. I wondered what happened to Cliff and Fran. Aided by today’s technology, I didn’t have to wait weeks for an answer. I turned to Google, hoping to find an obituary or any bit of information.

At first I didn’t come up with anything, and quite a few links took me to the wrong Clifford Pierce. Finally, after refining my search enough, there it was on MaineGenealogy.com: a listing of Cliff and Fran’s marriage record. They were married Dec. 14, 1946.

I didn’t find further information, but this detail was satisfying in itself. Hopefully, as Cliff’s letters repeatedly predict, they lived happily ever after.