People know me from a variety of different phases of my life. From roughly 1998-2006 I would say a major focus of my spare time was drawing. That was the dream, to be the next R. Crumb or Daniel Clowes or some new freakish grandmaster of cartooning. I drew hundreds of pages of comics and illustrations. They appeared in publications like the Milwaukee Orbit (long gone), Riverwest Currents (still around. The Comics Page, which I founded, is now 12 years old and has been edited by 5 different Milwaukee cartoonists), a wide variety of zines, flyers, etc. I edited a comic anthology called Riverwurst Comics, that was a lot of fun.

In 2006, I had a year of major transitions, some good, some bad. My paradigm shifted. I still enjoy drawing on occasion, but in that year I felt like my comics and my life in general was heading nowhere, the wheels were stuck, so I started writing instead. I think it was a good life choice.

One of the issues I had in my comic drawing life was that I had no patience and I had a frustratingly thin skin. A first round rejection was enough to kill an entire project for me. I would draw a comic, send it out somewhere, and with a rejection letter (or even just no response), I would scrap the idea without trying to present it anywhere else, no attempt to revise it. I would get pissed off and I would hate myself. If you want to get something published, I highly recommend you don’t act like this. You need to believe in yourself and keep trying.

Anyway, what follows is a comic I discovered while digging through a box of archives recently. I drew it in 2005, ten years ago. I submitted it to High Times magazine and got no reply, so stashed it in an archive. It has never been published anywhere. It is really stupid goofy, but it is my birthday, so I’m publishing it. It stars a stoner alligator character I invented, Hella Gator, and his girlfriend, Cat. In this comic he has a dream he where he encounters parodies of Steve Irwin, the Crocodile Hunter, psychic John Edward of Crossing Over w/ Aforementioned, Judge Judy, and a cameo by Potential Future President Donald Trump. Some things have changed since then– who has a satellite dish anymore? Steve Irwin is dead, John Edward has a different show, but Donald Trump’s hair still looks like a loaf of bread. I no longer find inspiration from smoking weed and watching basic cable (apparently the basis of this comic), but here is something that survives from that era. 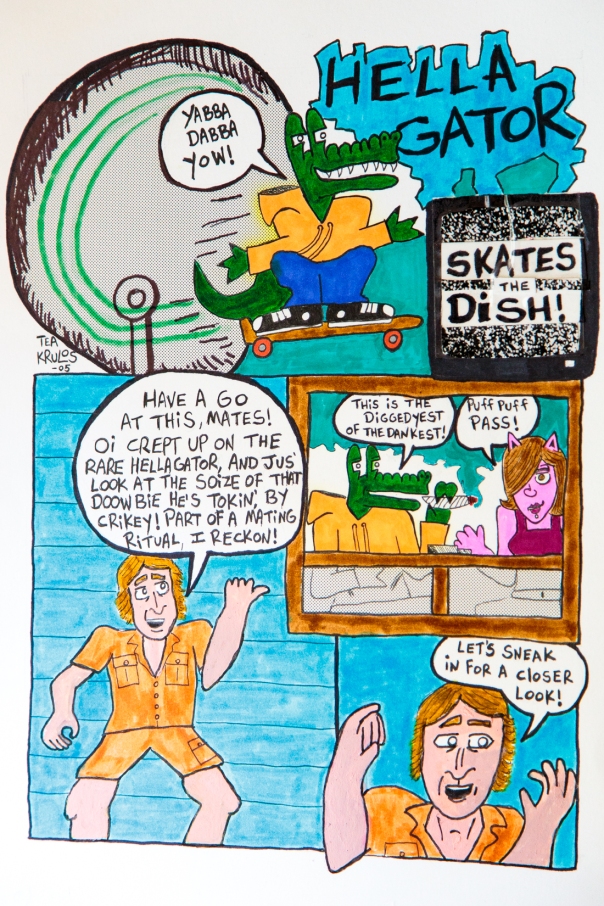 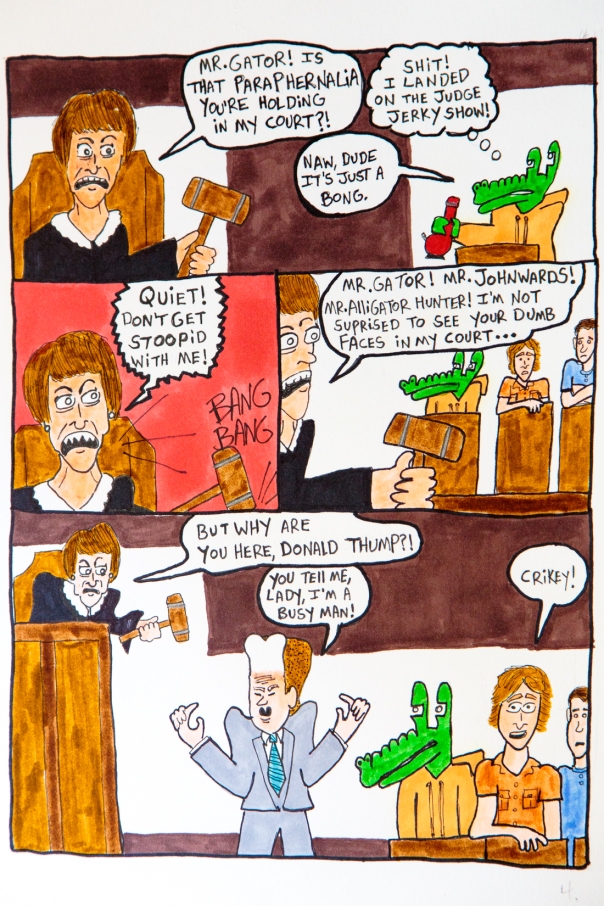 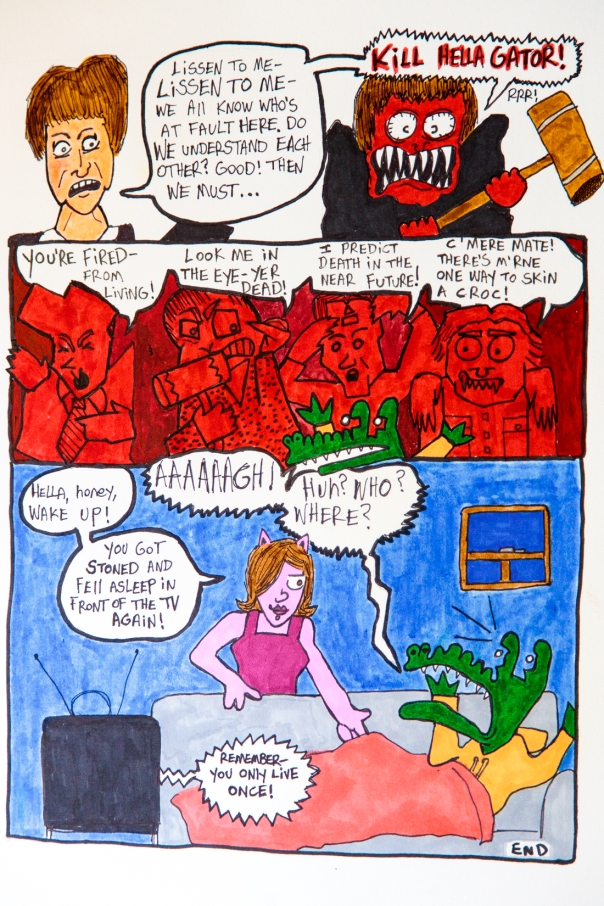