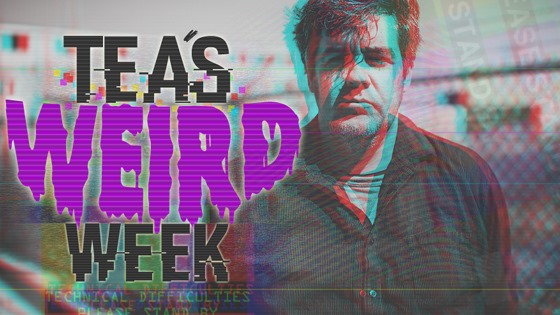 Conspiracy theory doesn’t take a holiday. I learned that while on Christmas break. I spent a couple days in pajamas, watching TV, reading, and surfing the net. It was good– I needed a few days off, especially from all this conspiracy stuff. Time to reset. But then, what to my wondering eyes should appear, but a headline titled “Is Kevin Spacey straight-up murdering his accusers?”

Whuuuuut? I grabbed some chocolate-peppermint cookies and settled in, eager to learn more.

Then 2017 happened. Let me lead you through what went down next so you can see this conspiracy theory unfold.

October 2017: Actor Anthony Rapp, followed by over 15 other men (and then 30 plus people), accuse Spacey of sexual harassment and assault. Spacey’s career begins to implode from the allegations– Netflix removes him from House of Cards and shelves his film Gore. His role in All the Money in the World is reshot with Christopher Plummer.

Christmas Eve 2018: A little over a year later, Spacey records a holiday video message titled “Let Me Be Frank,” which he delivers as Frank Underwood, his House of Cards character. If you haven’t seen the show, by the way, Underwood is a politician who sabotages and even murders people who stand in his way. He pushes a journalist in front of a subway train and also kills an inebriated politician and makes it look like a suicide.  And that’s just what I remember from the first few seasons.

In this video, Spacey (as Underwood), is wearing a Santa Claus print apron, casually sips hot cocoa and says lines like:

“We’re not done, no matter what anyone says.” and “You wouldn’t rush to judgment without facts, would you? Did you?”

February 2019: Linda Culkin dies. She was charged with sending Spacey and his associates bomb and anthrax threats in 2009 and 2011 and was sentenced to prison and probation time in 2014. Culkin died Feb. 25, 2019, after she was hit by a car. The driver was not charged as she was walking against a red light. Culkin was a nursing assistant and says her actions were inspired after a patient told her that they were “attacked” by Spacey.

October 2019: An anonymous Spacey accuser who was a massage therapist dies of cancer. The accuser filed suit against Spacey in September 2018, alleging the actor had tried to kiss him and forced him to grab his genitals in 2016. The lawsuit against Spacey was dropped because of the accuser’s death.

Christmas Eve 2019: Like a calendar inspired serial killer, Spacey returned one year later with another cryptic holiday video message. This time he was in front of a fireplace, wearing a Christmas-ey sweater, again in character as Frank Underwood.  Titled “KTWK” (“kill them with kindness”) the video starts with Kevin Spacey stoking the fire. But as he turns around, we soon realize this is Frank Underwood.  “You didn’t really think I was going to miss an opportunity to wish you Merry Christmas, did you?” He says in Underwood’s southern twang. [Cut to me chewing a cookie and nervously looking around my living room.]

And he went on to deliver this holiday cheer…

“As we walk into 2020, I want to cast my vote for more good in this world. Ah yes, I know what you’re thinking (stokes fire)… can he be serious? I’m dead serious. And it’s not that hard, trust me. The next time someone does something you don’t like, you can go on the attack. But you can also hold your fire and do the unexpected. You can (dramatic pause) kill them with kindness.“

Be careful, he can see through your screen directly at you.

Christmas Day 2019: The next day Ari Behn, a Norwegian author who says that Spacey once grabbed him “by the balls” while at an event together, dies by suicide.

I enjoy hearing about weird stuff and conspiracy, but I’m also a skeptic. Being skeptical of what you see and hear via the Internet is possibly more important now than it ever has been. We are in desperate need of media literacy education.

The hyped “three Spacey accusers died this year” is a good story without any context. But on closer look, it doesn’t make sense. The Culkin case was resolved in 2015, ending in jail time for her. The anonymous accuser died of cancer, are we supposed to believe that Spacey somehow caused cancer or covered up the cause of death? Behn briefly mentioned his “#MeToo moment” in a radio interview, not in court.

Why would 2 out of 3 Spacey targets be people who don’t have any litigation towards him? Why would he murder them instead of the 30-some people who are suing him?

That being said, Spacey is being pretty creepy with his weird holiday videos, which he’s making to– I don’t know– intimidate people? Distract attention from his cases with strange behavior? Is he just being angry weird? Maybe he’s having a breakdown and morphing into Frank Underwood? I’m sure we’ll get another clue next Christmas (if he isn’t in prison).

The video is below–watch at your own risk. Oh, and by the way, thanks for reading the first “Tea’s Weird Week” of 2020! I’m dead serious.

If you like conspiracy, pre-order my book American Madness: The Story of the Phantom Patriot and How Conspiracy Theories Hijacked American Consciousness (August 2020, Feral House)